FOR THE CAPPUCCINO SEMIFREDDO

FOR THE CINNAMON-SUGAR DOUGHNUTS

FOR THE CAPPUCCINO SEMIFREDDO

FOR THE CINNAMON-SUGAR DOUGHNUTS

In the bowl of an electric mixer, add water and stir in ¼ ounce yeast, mixing to dissolve. Attach the dough hook, add the ½ cup flour, and mix slowly until the ingredients are thoroughly incorporated. Transfer sponge to a bowl, cover, and let proof at room temperature for 1 to 2 hours, until it has doubled. In a small bowl, crumble the remaining ¼ ounce yeast into the milk, stirring to dissolve. In the bowl of a mixer fitted with the dough hook, add ¾ cup of the flour, the sugar, and salt. Mix on low speed, adding the milk, yeast mixture, egg yolks, and butter, mixing to combine. Add the proofed sponge and the remaining ¼ cup plus 2 tablespoons flour. Continue to mix at low speed until combined. Increase the speed slightly, kneading dough for 4 to 5 minutes, or until it has formed a ball. Cover tightly with plastic wrap and let dough proof overnight in the refrigerator. Place the chilled dough on a lightly floured surface and roll out to a ½-inch thick rectangle. Cut into rounds using a 2-inch doughnut cutter. Place the doughnuts and doughnut holes on a baking sheet lined with parchment paper. Cover with a sheet of plastic wrap that has been lightly coated with cooking spray. Proof in a warm place for about 15 minutes.

Heat oil to 325 degrees. Fry doughnuts and doughnut holes until deep golden brown. Transfer to a paper towel-lined sheet pan to drain. Toss in a bowl with cinnamonsugar. Remove the semifreddo from the freezer to soften slightly. Steam the milk using a cappuccino or frothing machine. Place a cup of semifreddo and a doughnut on a plate. Top each doughnut with a doughnut hole. Spoon the steamed milk over the semifreddo. Garnish with two cinnamon sticks. 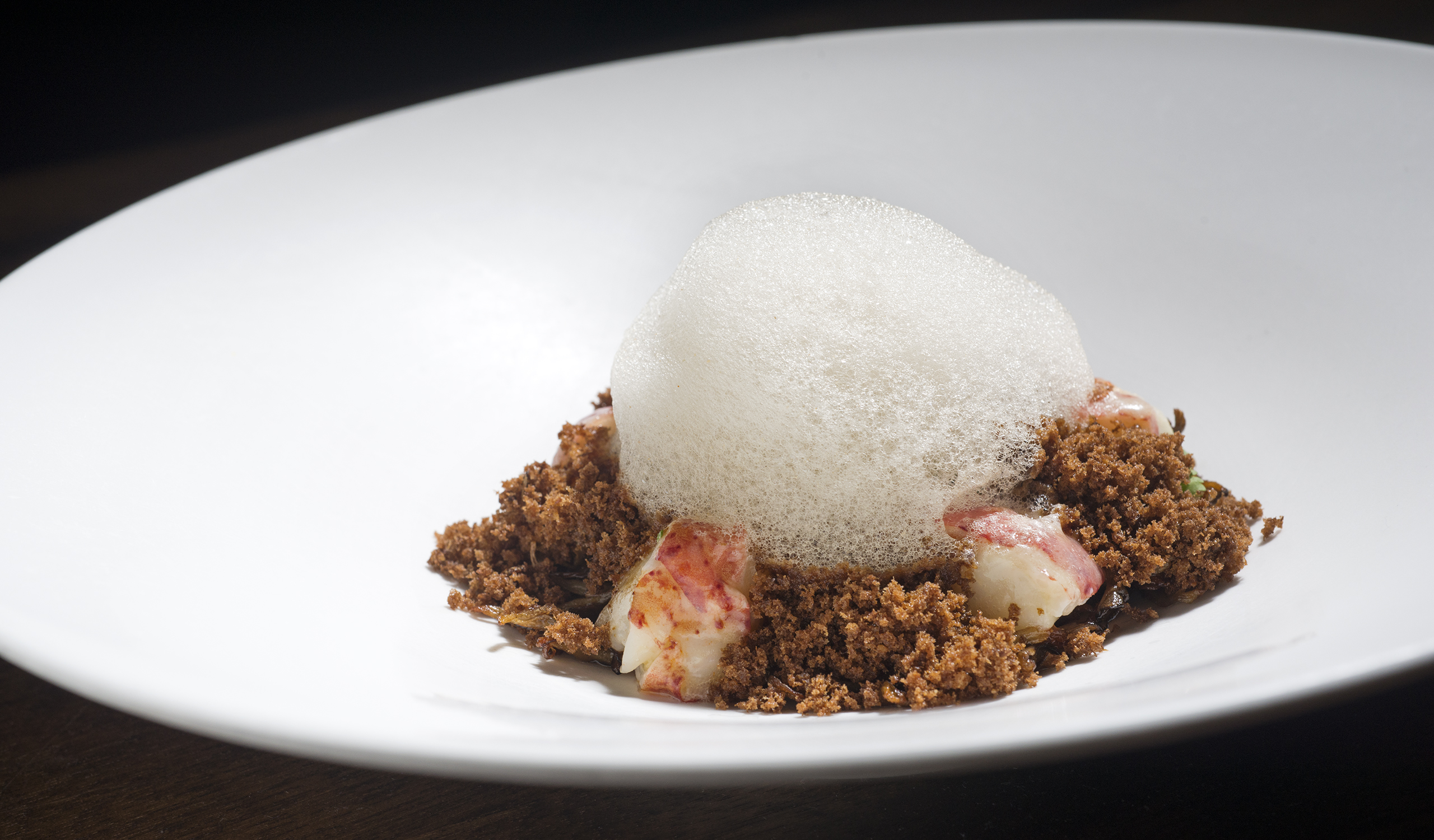